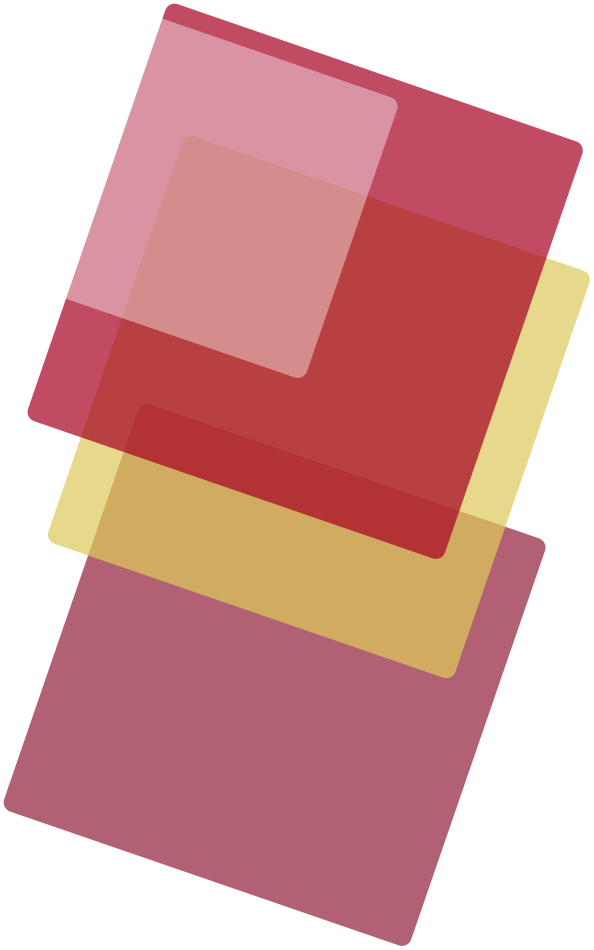 The well-known education system Concordia has attracted widespread attention from the public since it has been introduced to Ningbo. Having an investment of 300 million yuan, Zhejiang Ningbo Concordia School for Children of Foreign Personnel has officially opened this year and finalized its location in the prosperous Sanjiangkou of Ningbo city.

Zhejiang Ningbo Concordia School for Children of Foreign Personnel originated from the Concordia education system, one of the most developed and influential private education systems in the world. Currently the system has more than 270 affiliated schools and institutions around the world.

And the Hong Kong International School is reputed to be one of the most popular and most desirable school for children among Hong Kong's prestigious elites. After years of precipitation, the Concordia Education System has cultivated many well-known alumni such as John Woo (a famous director) and mathematician Qiu Chengdong (the younger brother of mathematician Qiu Chengtong) since its establishment. 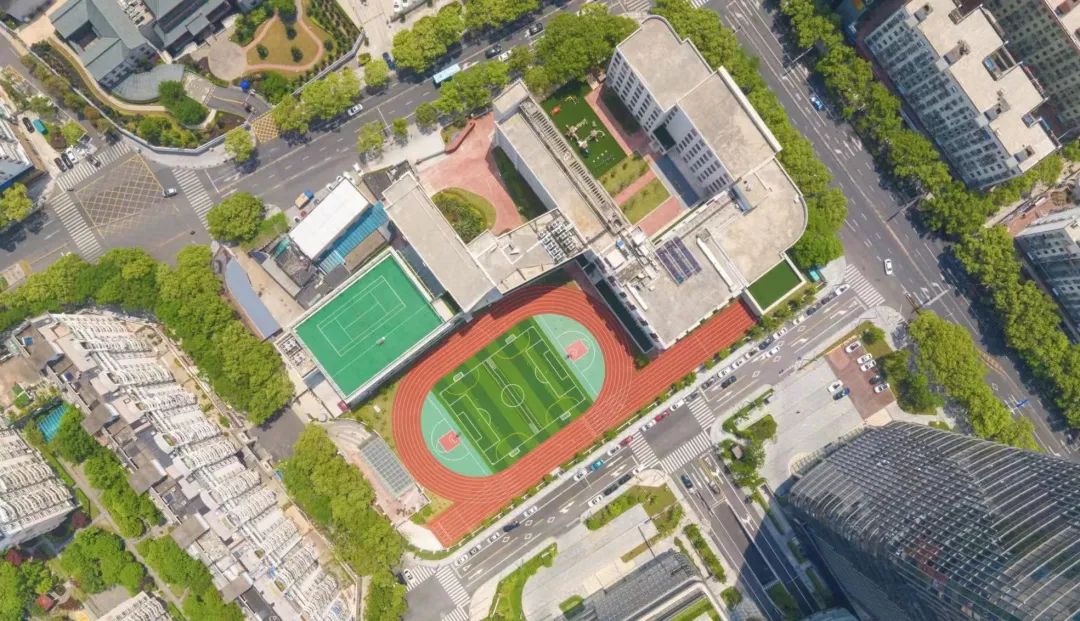 Thanks to this globalized private education system, Zhejiang Ningbo Concordia School for Children of Foreign Personnel naturally has excellent beginnings in its educational philosophy, curriculum design and faculty team building.

As the second authorized member school in greater China after Concordia International School Shanghai, Dr. Thomas Jandris and Dr. Michele Gnan were dispatched by the Concordia Education System to support the establishment of the school. Dr. Thomas Jandris is the former Dean of the College of Graduate and Innovative Programs at Concordia University Chicago, who once served as Director of State Services for the Education Commission of the States. Dr. Michele Gnan is a Reggio education expert with more than 30 years of first-hand teaching experience. They led a team of experts together to come to Ningbo to participate the preparation work of Zhejiang Ningbo Concordia School for Children of Foreign Personnel, including the top-level design of the school as well as to help build a global recruitment platform. It fully demonstrates the strong support provided by the Concordia Education System in curriculum development, teachers’ professional development and other fields. 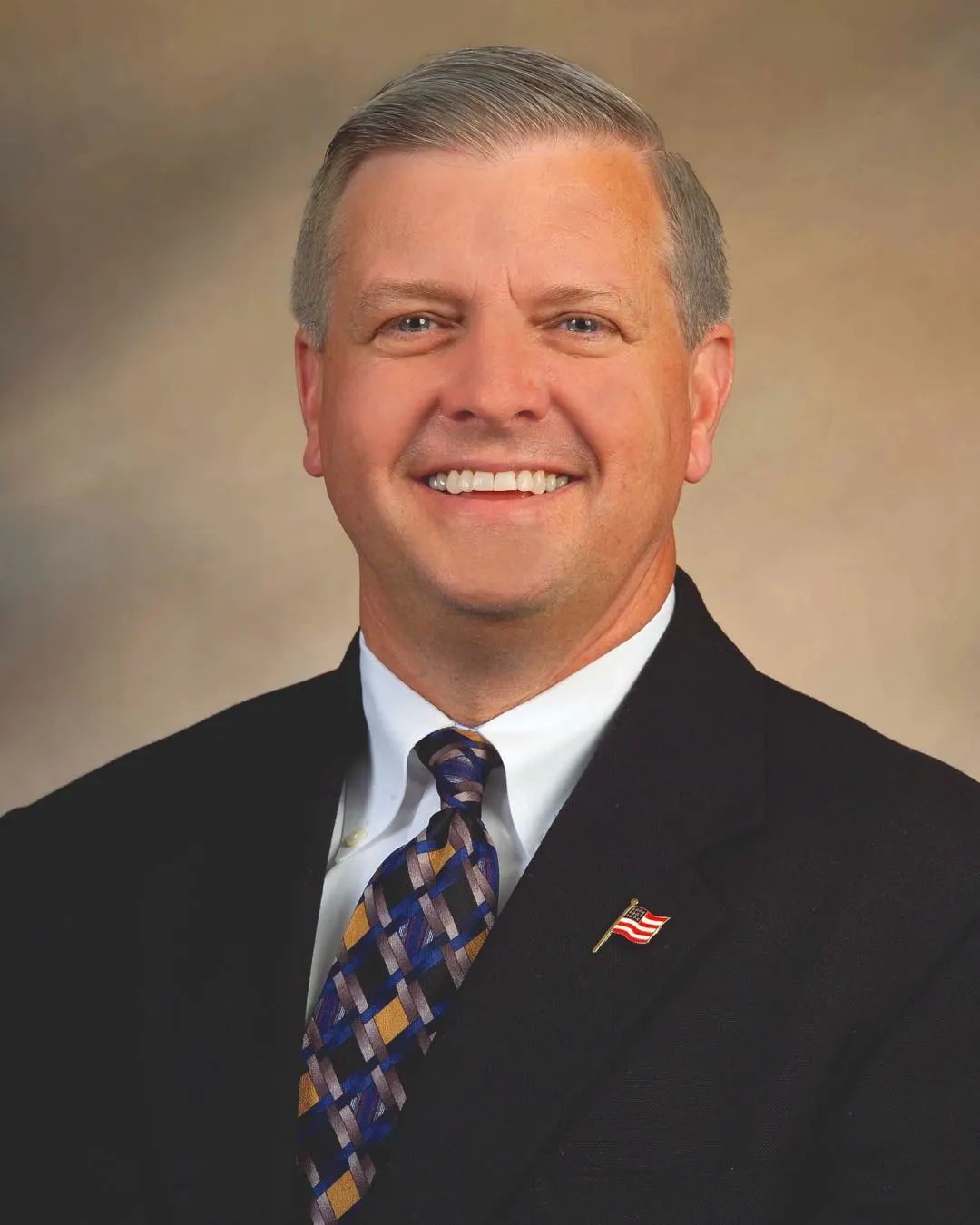 ·Former Dean of the College of Graduate and Innovative Programs at Concordia University Chicago.

·Served as Director of State Services for the Education Commission of the States, directing policy consultants and technical advisors for the nation's governors legislators and education leaders.

·Served as the lead consultant to the government of Michigan and the Detroit mayor's office during the reform takeover of the Detroit Public Schools.

·Served on the board of the College of Education and Human Development at the University of Minnesota (one of the public Ivy Colleges), named its "Jandris Center for innovative Higher Education" after him for his outstanding performance.

·Member of American Association of School Administrators, National Council of Educational Administration, Association for Supervision and Curriculum Development, and the Executive Committee of the University Center of Lake County. 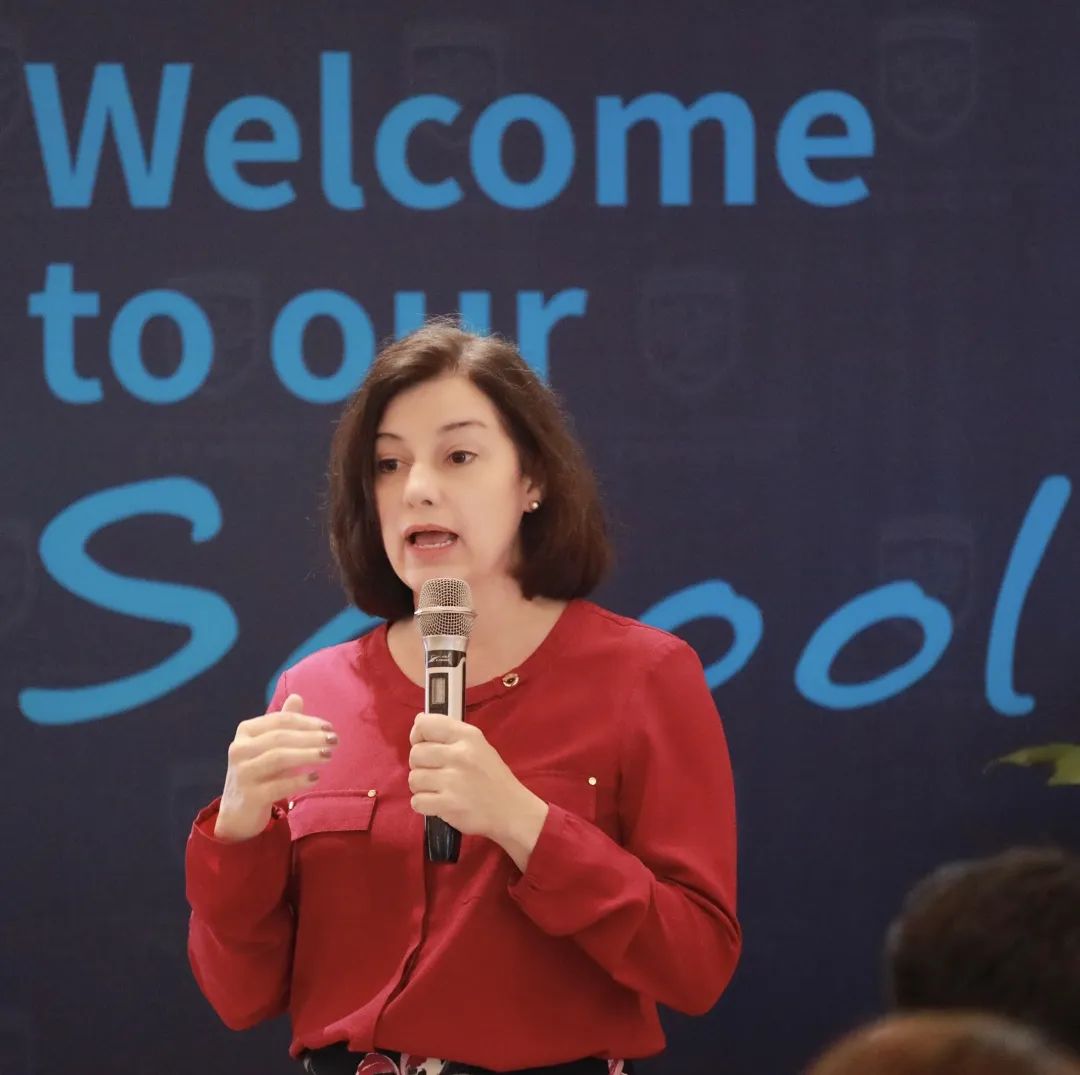 ·An experienced expert in the Reggio Emilia philosophy and project-based learning.

·A dynamic professor who lectures college students and educators worldwide.

In addition, Mr. Xu Yangsheng, who is an academic of the Chinese Academy of Engineering, US National Academy of Engineering and IEAS, as well as the Principal of the Chinese University of Hong Kong (Shenzhen), was nominated as the school consultant. Mr. Xu once put forward the concept of "The integration of Chinese and Western societies, the ancient and the modern, the arts and the sciences" to cultivate international talents in our modern society, which perfectly matches with Concordia's philosophy. He also points out the direction for the education of the school.

Mr. Xu believes that the goal of education is to cultivate future citizens who can positively affect the society, not only possessing the ability to make a better world and communities, but also having the ability to influence at least three generations. Mr. Xu hopes that the students of this globally-focused school can become ambassadors of Chinese culture in the future, bringing Chinese culture and amazing Chinese stories to the whole world.

After several rounds of careful selection, Zhejiang Ningbo Concordia School for Children of Foreign Personnel finally chose the IB program as the framework of the school curriculum system. This provides children with an opportunity to choose their future study freely, instead of being restricted by regions or countries. 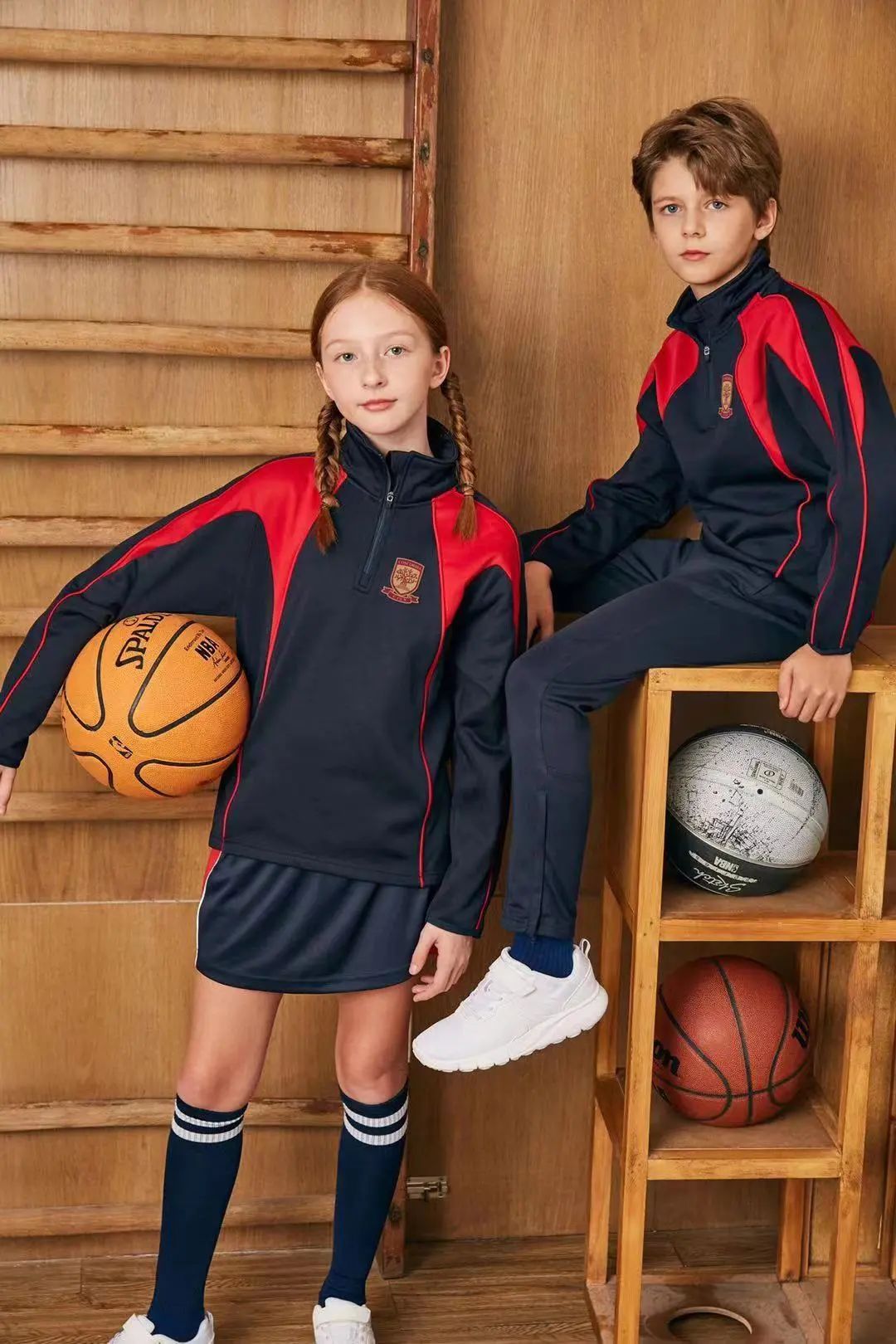 As one of the most recognized and comprehensive international curriculums, IB is highly accepted and preferred all over the world, and is becoming more and more appealing to schools and families. A consistent learning journey within the IB system from an early age can not only help students develop personal characteristics, but also improve their cross-cultural communication skills, global competencies and core competitiveness required for the future. It is also worth mentioning that IB graduates are not only favored by the world's top universities such as Harvard, Yale, Cambridge, and Oxford, but also accepted by domestic institutions of higher education in China. As a pass to the world's top universities, it's quite realistic that "IB programs afford you to face the world with brash confidence!" 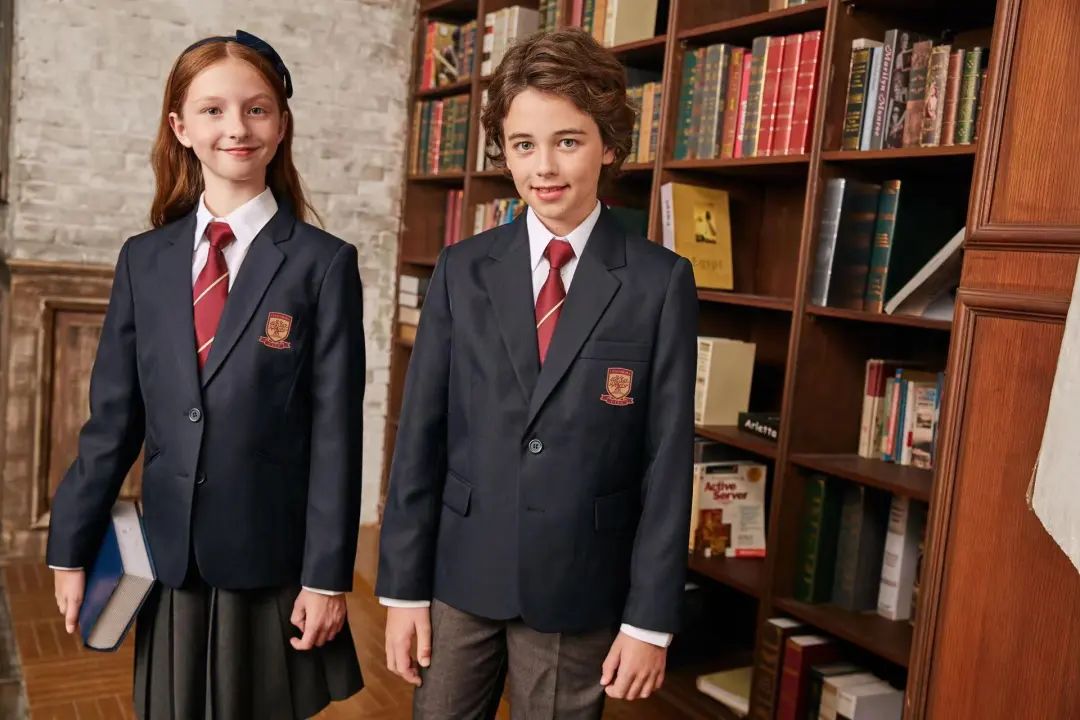 As for early childhood education, the school was fully inspired by the Reggio Emilia philosophy, which is exactly the same education system that was adopted by the six kindergartens affiliated with Harvard University. Furthermore, the school organically integrates Reggio Emilia with the IB-PYP framework, systematically cultivating children's creativity, aesthetics and teamwork ability from an early age, therefore ensuring a seamless transition from kindergarten to primary school.

In addition, the school attaches great importance to Chinese learning. The school provides Chinese mandarin classes every day and Chinese culture courses twice a week. Through this program, students can learn and inherit traditional Chinese culture, cultivate self-cultural identity and explore the cultural value of both themselves and others. It will naturally better meet the educational needs of local families. As one of the designated training bases for teachers and management of many K12 schools, colleges and universities in the United States, Concordia University has cultivated a large number of high-quality educational talents over the years, and it continues to provide professional development platforms and curriculums for all member schools.

Thanks to the strong educational talent network of the Concordia education system, Zhejiang Ningbo Concordia School for Children of Foreign Personnel, of course, has a group of passionate, innovative Chinese and expat educationalists. Even during the epidemic period, the school's teachers still maintain high professional standards. All subjects in the school are taught by expat teachers (except the Chinese program), of which up to 90% are native English speakers. The entire teaching team has an average teaching experience of more than 10 years, and each of them is IB or Reggio experienced. All teachers not only shine in their respective fields, but also share the same passion for education. They follow children's nature, discover and respect each child's differences, and help and witness each child’s progressive growth during their 15-year learning journey. 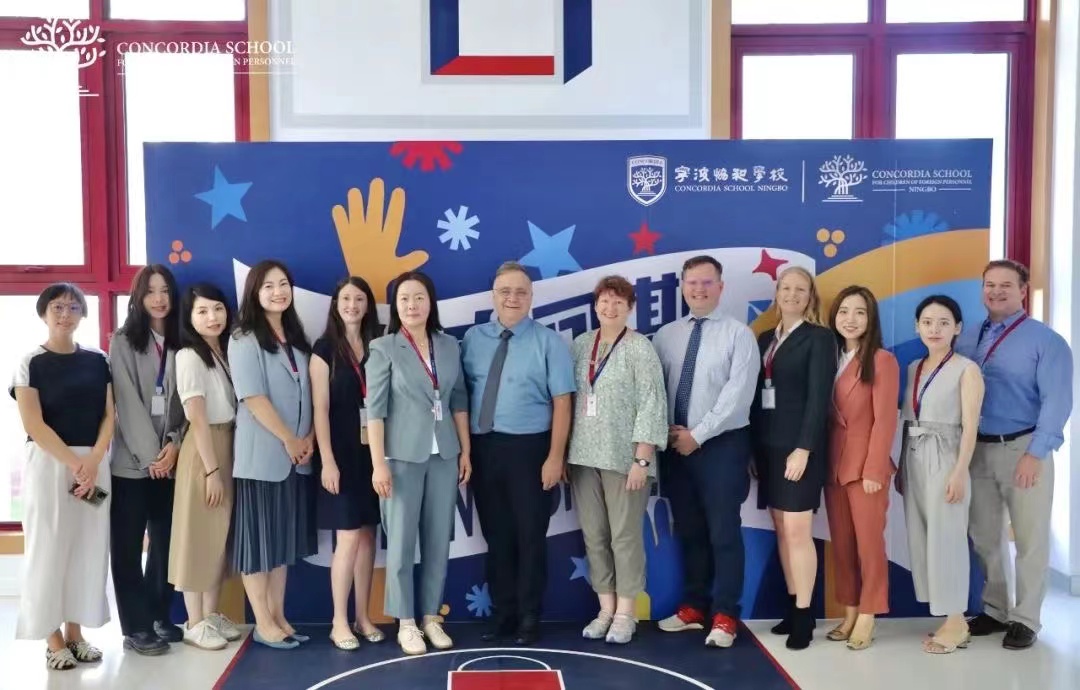 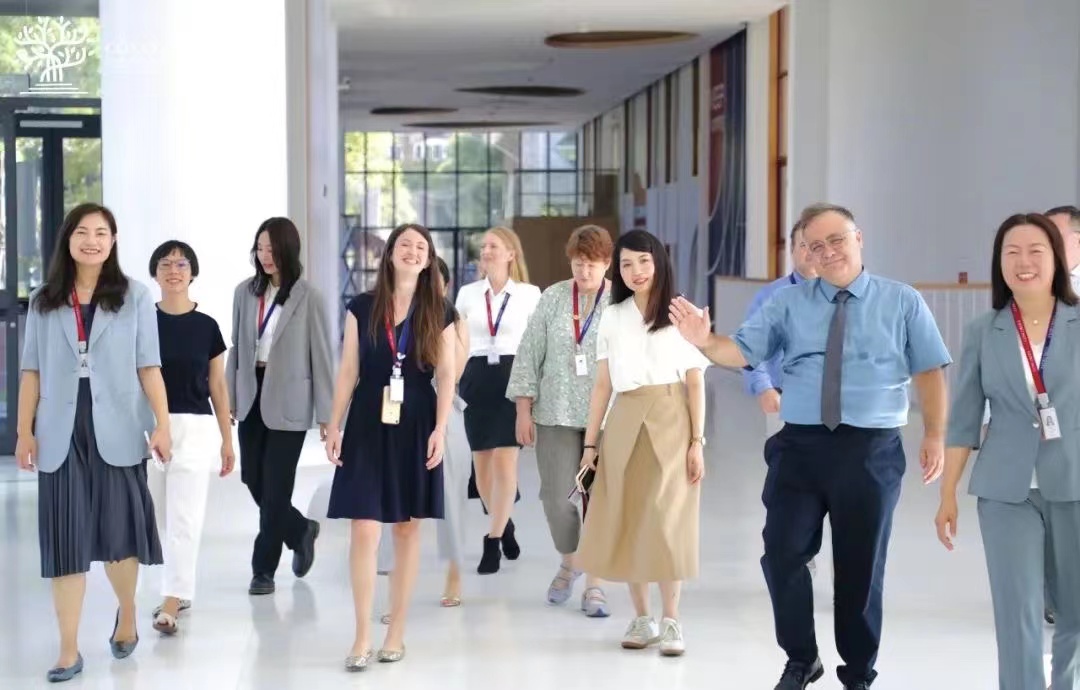 With the collaborative participation of many experts, Zhejiang Ningbo Concordia School for Children of Foreign Personnel has carried out a scientific design and region division according to different functional attributes such as user groups, teaching, administration, and sports. In terms of environmental construction, the school strictly complies with the international WELL health standard, which is known as the "Oscars" of the construction industry, to carry out the first-use authentication of buildings and decorative materials. It not only refers to the air quality, but also involves water, nutrition, light, fitness, comfort, spirit and other indicators.

The school is equipped with the world's top ventilation system and water system air conditioners, which provide students with constant temperature and air humidity, creating a healthy and comfortable learning environment. As for campus security, the full range of access control system, the monitoring system, and the anti-intrusion electronic fence protection system are adopted for safety purposes.  For food services, the school-owned organic farm provides students with fresh seasonal vegetables and fruits, together with high-quality poultry meats and proteins. 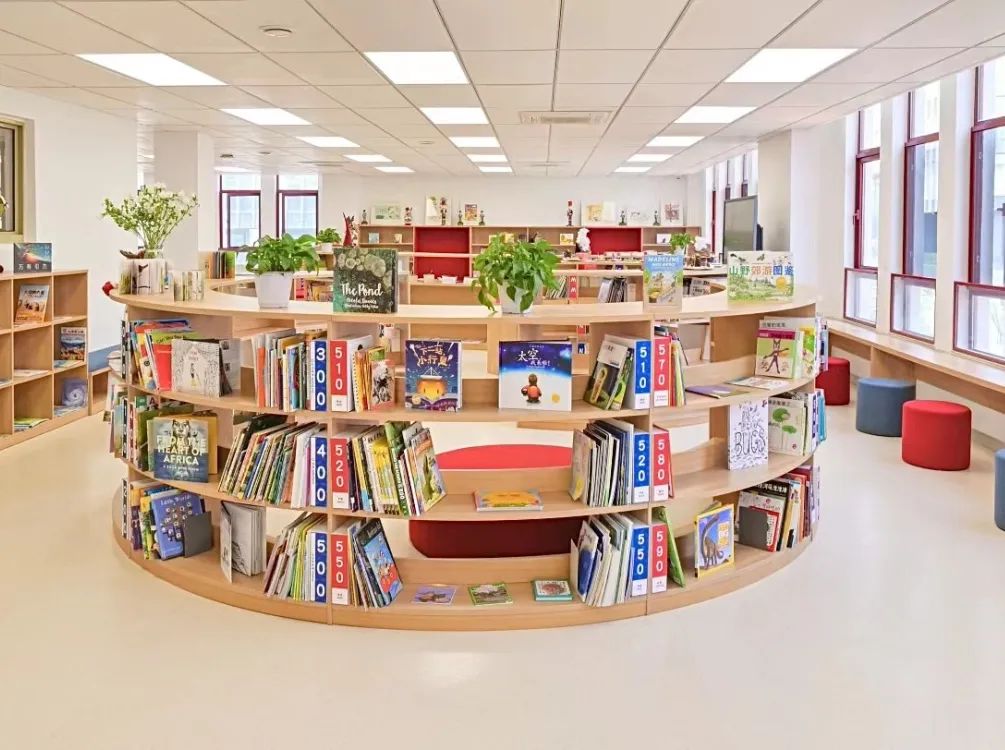 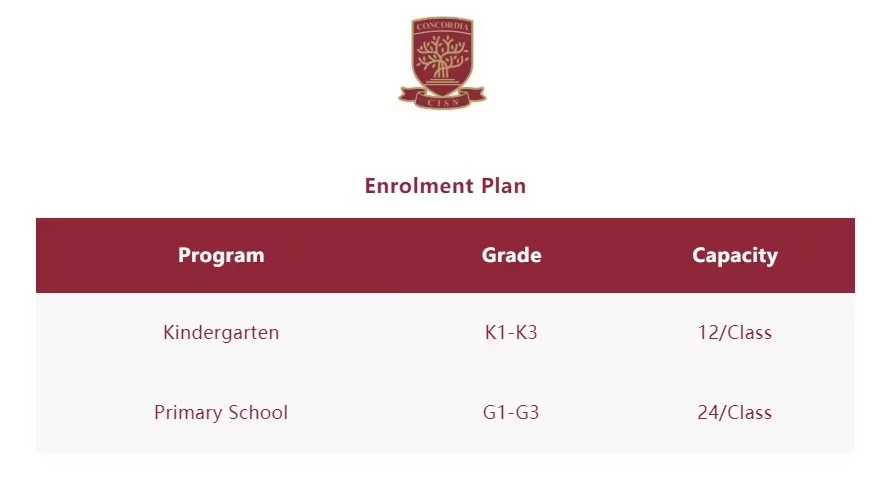 During the next month,

for Children of Foreign Personnel

welcome to visit the school. 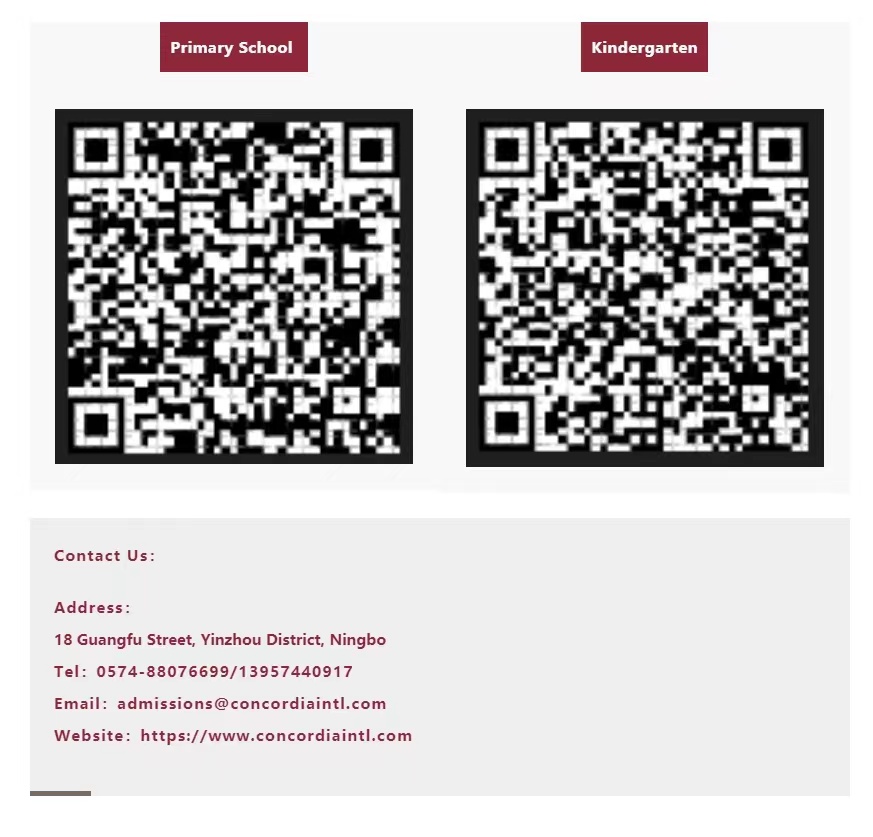 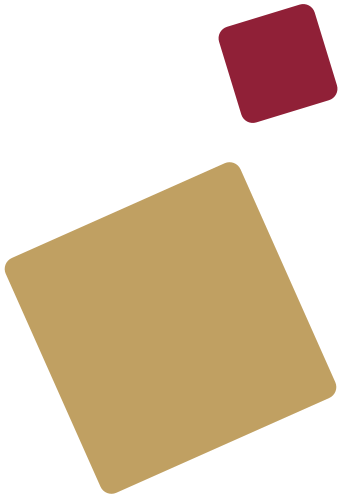 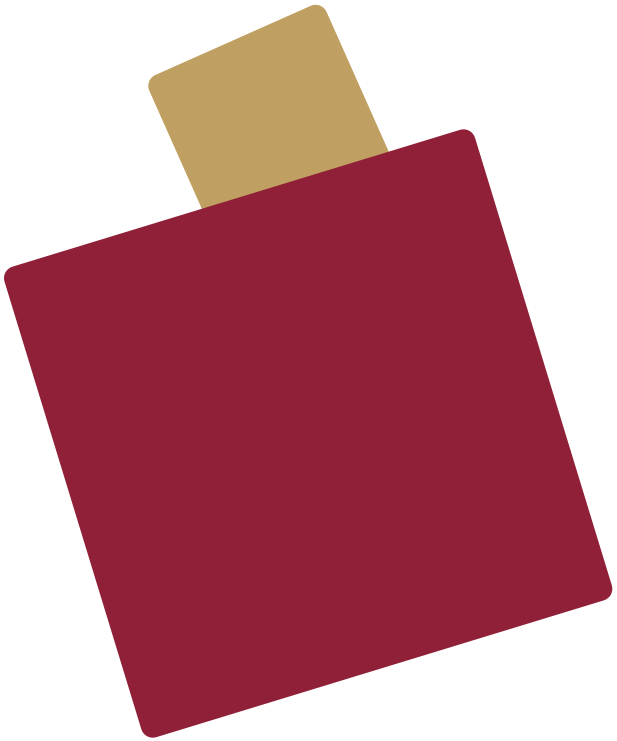